Taking it back to where it all began, GYPSY QUEEN will be appearing in South Florida TONIGHT to celebrate the release of their new album.

In their first concert of 2018, the band will be premiering their new songs, along with some old favorites. If you're in the area, you are invited to come and join the party and be part of the celebration, and be among the first to hear the new music LIVE!

Who: GYPSY QUEEN (with MONSTER opening the show)

GYPSY QUEEN Video To Be Released

All of the QUEEN’S MEN back together again!! 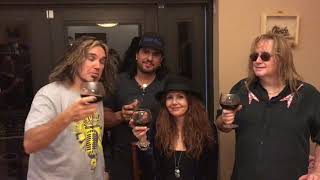